Born November 6, 1947 and raised in Belmar, New Jersey, composer Timothy Broege studied piano and theory with Helen Antonides during his childhood years. At Northwestern University, he studied composition with M. William Karlins, Alan Stout and Anthony Donato, piano with Frances Larimer, and harpsichord with Dorothy Lane, receiving a Bachelor of Music with Highest Honors degree in 1969. From 1969 to 1971, he taught in the Chicago Public School system, after which he served as an elementary school music teacher in Manasquan, New Jersey until 1980. He currently holds the positions of Organist and Director of Music at First Presbyterian Church in Belmar, a position he has held since 1972, and Organist and Director of Music at the historic Elberon Memorial Church in Elberon, New Jersey. The music of Timothy Broege has been performed throughout the world by, among others, the Monmouth Symphony Orchestra, the U.S. Military Academy Band, the Atlantic String Quartet, the Cygnus Ensemble, pianist Robert Pollock, and recorder player Jody Miller. He has received numerous grants and commissions, and his music is published by Boosey & Hawkes, Manhattan Beach Music, Hal Leonard Corporation, Bourne Company, Daehn Publications, Dorn Publications, Polyphonic Publications, Grand Mesa Music, and Allaire Music Publications. Recordings issued on CD include his Sinfonias V and XVI on Mark Records and his Concerto for Marimba on Klavier. A disc of his harpsichord music was released by Northwestern University in the Music from Northwestern series in 1999. Recent CD releases include Runes and Mets Rule, on Trope Note/Cambria, and No Sun, No Shadow on Albany. His works include the 21 Sinfonias for large ensembles, the series of Songs Without Words for small ensembles, a series of Fantasias for solo instruments, as well as music for voices, keyboards, guitar, recorders and school bands. His music has been featured at the Boston Early Music Festival, the Midwest Band & Orchestra Clinic, and the College Band Directors National Association. He has appeared frequently as a guest composer/conductor and clinician, and has received the Edwin Franko Goldman Award from the American School Band Directors Association. He is a past-president of the Composers Guild of New Jersey, Inc., a member of Early Music America and the Organ Historical Society, and an affiliate of Broadcast Music, Inc. (BMI). In addition to his compositional activities, Timothy Broege is an active recitalist on early keyboard instruments and recorder appearing both as a soloist and in duo recitals with guitarist and lutenist Francis Perry. He resides in Bradley Beach, New Jersey. 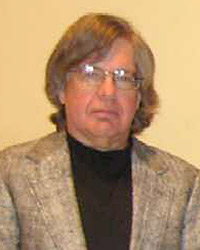