Dr. Michael and Jill Gallina have achieved national prominence as award winning composers of musical plays and choral music for youth in elementary, middle, junior and senior high schools. Their clever creations in story and song have consistently won awards from the Parents’ Choice Foundation, American Library Service, and ASCAP. Their music has been featured on and performed in Disney Channel, The World's largest Concert, PBS, Macy's Thanksgiving Day Parade, Sing for the Cure concerts, The New York Philharmonic, The Boston Pops, and in a documentary on children's rights for the United Nations. In addition, the Gallinas are recipients of the Stanley Austin Alumni Award from the College of New Jersey for their many accomplishments in the field of composition. Both Michael and Jill received B.A. degrees in music from the College of New Jersey. Jill was an elementary school music teacher before becoming a full-time composer. Michael completed a masters degree in music from the College of New Jersey as well as a doctorate in administration and supervision from Rutgers University. In addition to his writing collaborations with Jill, he is the former elementary principal of the Angelo L. Tomaso School in Warren, New Jersey and author of Making the Scene, an illustrated ""how to"" book for building sets, props and scenery for musical productions. The Gallinas are inspiring teachers all across the English-speaking world with their music and educator workshops. They have presented in-service clinics at numerous state Music Educator conferences including Texas, Ohio, New Jersey, Georgia, California, North Carolina, Virginia and Florida as well as colleges and universities including, Villanova, Louisiana State University, College of New Jersey, Concordia College, Westminster Choir College and many more. Their chorals have sold millions of copies and their musical plays have been performed thousands of times across the globe each year. They are educating, enlightening, and engaging youth of today with their consummate talents and creativity.

Publications by Michael and Jill Gallina 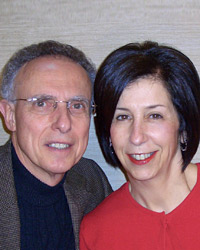