Greg Gilpin is a celebrated ASCAP award-winning choral composer and arranger and a highly respected choral conductor. He is known throughout the United States leading performances at New York City’s iconic Carnegie Hall and Lincoln Center as well as Ryman Auditorium in Nashville, Tennessee. His international appearances include the Sydney Opera House in Sydney, Australia, Royal Festival Hall in London, England and Harpa Concert Hall in Reykjavik, Iceland.  Mr. Gilpin is also a producer and musician in the recording industry and is Director of Educational Choral Publications for Shawnee Press, a distinguished choral publisher.

In 2020, Mr. Gilpin’s “pandemic pivot” took him down an additional career path by becoming certified as a financial coach and a certified Boss Organizer, creating his own professional organizing business, Maestro Organizing. This work has led to appearances on Fox and NBC network affiliates. Mr. Gilpin can also be seen on the hit TV show “Hoarders,” alongside Dorothy Breininger, renowned producer and organizer.

In 2021, Mr. Gilpin wrote the score for the award-winning short film, “Rosie’s Rescue” and was awarded “Best Score” for this same movie.  He also teamed up with well-known opera singer, Angela Brown, and created the world premiere of a thrilling new arrangement of “What Child is This?”, debuted by Ms. Brown and the Indianapolis Symphonic Choir.

The music world is coming back to life and Mr. Gilpin is excited to be teaching, composing, conducting and organizing! He is a proud member of ACDA, NAfME, SAG-AFTRA, and is a Life Loyal Member of Phi Mu Alpha Sinfonia. 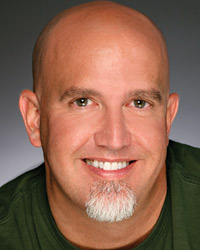