Joseph Martin (b. 1959 ), a native of North Carolina, earned his Bachelor of Music degree in Piano Performance at Furman University in Greenville, South Carolina. Subsequently he earned a Master of Music degree in Piano Performance at the University of Texas, Austin. Joseph taught for five years in the Piano Pedagogy Department of the University of Texas. His piano teachers include Jimmy Woodle, David Gibson, Amanda Vick Lethco, Martha Hilley and Danielle Martin. While at Furman University, he was accompanist for choral director and composer Milburn Price and, inspired by his teaching, Martin began to compose. He is a member of the staff of Shawnee Press as Director of Sacred Publications, with responsibilities for overseeing the editorial and creative direction of the company’s sacred publications and also coordinating the recording and production aspects of future sacred publishing efforts. Joseph has performed solo piano recitals and has been the featured artist with symphony orchestras in the United States and Mexico. As winner of the Nina Plant Wideman Competition, he performed with the Guadalajara Symphony Orchestra. His solo recital in Ex-convento del Carmen was broadcast nationally throughout the country. Though he continues to perform in concert, he now devotes his efforts to playing in churches and for conferences of church musicians His first solo piano recording, American Tapestry, was nominated for a Dove Award. This album, along with his other recordings (Songs of the Journey, Celtic Tapestry, and A Christmas Tapestry) has been enormously popular in the sacred and secular markets. He has recorded for Yamaha's Disklavier series and has composed hundreds of commissioned works. Recognized throughout the United States for his many choral compositions, over 1200 compositions are currently in print and the list continues to grow. His composition ""Pieta"" was recently honored with an award from the John Ness Beck Foundation. In 2008 he was inducted as a National Patron of the Delta Omicron International Music Fraternity. Along with Mark Hayes and David Angerman, Joseph has co-authored a fully graded, progressive piano method for the Christian student called Keys for the Kingdom. His major works include nearly 40 choral cantatas and extended works and Song of Wisdom, a choral tone poem based on the best-selling children's book, Old Turtle. His music can be heard in such diverse locations as Carnegie Hall in New York City; the Lawrence Welk Theatre in Branson, Missouri; and in hundreds of worship services in churches across the United States and Canada. In addition, his works have been performed in cathedrals in Germany, Austria, England, Ireland, Scotland and Austria. Joseph lives in Austin, Texas with his children Jonathan and Aubrey and his wife Sue. 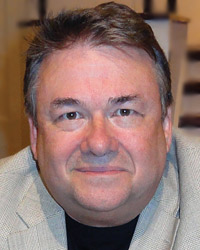