The music of Luigi Zaninelli (b. 1932) is known to performers and audiences around the world for work that excites the senses and stimulates the mind. Following high school, he was brought to the Curtis Institute of Music by Gian-Carlo Menotti. At age 19, he was sent to Italy by the Curtis Institute to study composition with the legendary Rosario Scalero (the teacher of Samuel Barber and Menotti). Upon graduation, he was appointed to the faculty of the Curtis Institute. In 1958, Zaninelli began his long relationship with Shawnee Press as composer/arranger/pianist/conductor. In 1964, he returned to Rome, Italy to compose film music for RCA Italiana. During that period, he became conductor/arranger for Metropolitan Opera soprano Anna Moffo. During his career, he has served as composer-in-residence at the University of Calgary and the Banff School of Fine Arts. Since 1973, he has been the composer-in-residence at the University of Southern Mississippi. Among his numerous honors are a Steinway Prize; ASCAP Awards; and Outstanding Achievement Award, Province of Alberta. In 1991, he became the first four-time winner of the Mississippi Institute of Arts and Letters Music Award. With more than 300 published works to his credit, Zaninelli has been commissioned to compose for all mediums including opera, ballet, chamber music, orchestra, band, chorus and solo songs. He has also composed several movie and television scores, including the PBS documentaries: The Islander, Passover, and The Last Confederates. Luigi Zaninelli's music is known both under his name and his pseudonym, Lou Hayward. Writing as Lou Hayward, he brings a unique, sophisticated style to popular music. His ability to write so well in a multitude of styles attests to his superior talents as a musician. 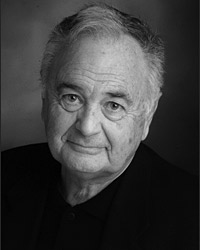