Chuck Marohnic has enjoyed a multi-faceted career. Starting four decades ago as a jazz pianist, today he is a respected musician, educator, author, composer and arranger. For 13 years, Chuck had the privilege of serving as Music Director in numerous churches including United Methodist, Roman Catholic and United Churches of Christ. He also has been a frequent guest performer and clinician at many Lutheran, Presbyterian and other churches, including serving for over five years as Director of Music for the well known Studio worship service at Scottsdale Congregational United Church of Christ. He currently serves as Associate Director of Music for St. Francis of Assisi Catholic Community, Louisville, KY. Chuck has recorded 35 albums and CDs. Downbeat Magazine awarded his performances 4 stars. Early in his career, Chuck worked as a sideman with Ira Sullivan, Joe Henderson, Jamey Aebersold, Buddy Rich, Chet Baker and many others. He has served as a visiting clinician and performer at festivals in Germany, Brazil and France. For five years he acted as Coordinator of Jazz Studies and a guest artist at the Fairbanks Summer Arts Festival in Fairbanks, Alaska. In May of 1998, Having retired in 2003, Chuck was the Director of Jazz Studies at Arizona State University since 1981. His former students include John Medeski of Medeski, Martin and Wood; Scott Henderson of Tribal Tech; Phil Strange, formerly with Joe Henderson; German pianist Klaus Ignatzek; Tim Ray, pianist for Lyle Lovett; and Joey Sellers, now a prominent educator/arranger living in S. California. Chuck has written four jazz publications. In addition, Chuck has written jazz piano arrangements of familiar church hymns and worship and praise songs, taking them from inside church walls to the entire community. What started as a sabbatical leave project from his position as Director of Jazz Studies at Arizona State University, turned into a book entitled Sanctuary Jazz, (July 1998, Shawnee Press). Joseph Martin, acclaimed pianist and keyboard editor for Shawnee Press says, ""Chuck is one of the best writers in the country today."" Since this first book was published, Chuck has written eight collections of piano arrangements and three collections of brass quintet music. 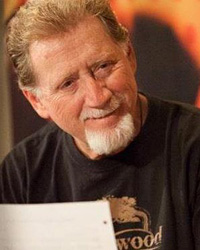