Brant Adams (b, 1944) holds a Bachelor of Music degree in piano performance from Capital University (Columbus, Ohio), Master of Music degree in theory from the University of Cincinnati College-Conservatory of Music, and the Doctor of Philosophy degree in music theory from the University of Texas at Austin. Brant is a composer, arranger and orchestrator, whose compositions have been performed and recorded around the world by orchestras and choral ensembles in England, Japan, Mexico, Canada, Argentina, the former Czech Republic, the Middle East, and across the United States. His work appears in several catalogs, including Shawnee Press, and since 2001, he has conducted and produced orchestral recordings for Shawnee Press. His music has been performed at regional and national meetings of numerous professional music organizations. Brant has been a member of the Oklahoma State University music faculty since 1987, serving as area coordinator of music theory and composition and as head of the Department of Music since 2008. Brant has served on the staff of First Baptist Church-Stillwater as music associate and pianist, interim music director (1996-2002), and Director of Music since 2006. He has received the Wise-Diggs-Berry Award for Teaching Excellence in the Arts and the Friends of Music Distinguished Music Professor Award. 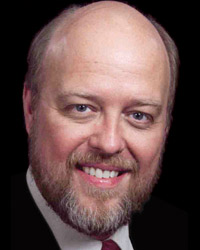