Dale Grotenhuis (1931-2012) retired in 1993 from Dordt College (Sioux Center, Iowa), where he served as Director of Choral Activities and taught courses in conducting, choral music education, theory, composition, and analysis. He conducted the Dordt College concert choir, which toured annually to all areas of the United States, Canada, and Europe. Prior to that time he taught in high schools in Washington and Michigan. He has conducted clinics, festivals, and all-state choirs in Iowa, Illinois, Oklahoma, Nebraska, and Montana and has conducted workshops and clinics at the Universities of Wisconsin, Oklahoma, and Georgia. Grotenhuis holds a Master's Degree in Music from Michigan State University and has completed all of the course requirements toward the doctorate degree at Ohio State University. He conducted the 2nd Army band Male Chorus and was chief music arranger for the 2nd Army Band while in the armed services. He has received awards including the Outstanding Educators of America award (1985), the McCowan Award from the Iowa Choral Conductors Association (1985), and an International Distinguished Leadership award (1989). He has over 200 choral works in print and his arrangements can also be found in many hymnals. In addition, he has composed five works for symphonic band. 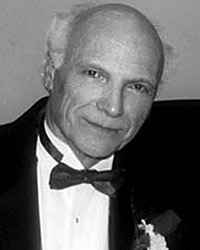