Howard Helvey (b. 1968) resides in Cincinnati, Ohio, where he is active as a composer, arranger and pianist, and serves as organist and choirmaster of historic Calvary Episcopal Church. Nationally and internationally, he is in frequent demand as a composer, conductor, speaker, and member of the Steinbach/Helvey Piano Duo. Known particularly for his choral music, Mr. Helvey maintains an extremely active writing schedule, and his hundreds of compositions and arrangements are published by all the leading music publishers. His compositions have been featured on numerous recordings, national television and radio broadcasts, in such eminent concert venues as New York's Carnegie Hall, the Walt Disney Concert Hall (LA), the Meyerson Symphony Center (Dallas), the White House, the National Cathedral (Washington, D.C.), and many locations throughout Europe and Asia. In addition, his music is regularly performed at regional and national conventions of the American Choral Directors Association and other professional music organizations, and has been acclaimed as ""engaging"" (Choral Journal), ""definitive"" (Journal of the Association of Anglican Musicians), ""magical"" (The Hymn) and in response to his occasional inclusion of jazz elements ""fun and certain to be of interest"" (The Diapason). Mr. Helvey is commissioned frequently by church, university, and professional ensembles, and recent performance highlights have been presented by the Kansas City Chorale, Chicago a cappella, the Turtle Creek Chorale (Dallas), the Choir of St. Ignatius Loyola (New York), the Bach Society of Saint Louis, the Saint Louis Chamber Chorus, Kammerchor Constant (Cologne), and Pro Musica (Copenhagen) and by university/collegiate choirs from Stanford, Harvard, Concordia, Luther, and Texas A&M. He received awards in 2002, 2003 and 2006 (as first prize winner) from the John Ness Beck Foundation, who annually recognizes outstanding achievement in choral composition. Since 1997 Mr. Helvey has collaborated as a pianist with distinguished artist Richard Steinbach in concerts and recordings of four-hand and two-piano literature. Performance highlights have included concerts in dozens of cities throughout the United States, Canada and England, and by invitation as duo artists at the 2000 national meeting of the Music Teachers National Association convention in Minneapolis. Widening their exposure through television appearances in the United States and Canada, the Steinbach/Helvey duo has offered its performances to a broad and diverse community. Along with violinist Mari Thomas and cellist Susan Petersen, Mr. Helvey is also a founding member of the Hannaford Piano Trio. A Missouri native, Mr. Helvey holds a Bachelor of Music degree in composition from the University of Missouri-Columbia and a Master of Music degree in composition and piano performance from the University of Cincinnati's College-Conservatory of Music. Designated an undergraduate Chautauqua Scholar, he pursued additional studies in piano at New York's Chautauqua Institution. Mr. Helvey has studied piano with Raymond Herbert, Jan Houser, Richard Morris and Dolores Gadevsky; and his composition teachers have included John Cheetham, Thomas McKenney, Darrell Handel and Frederick Bianchi. As one passionate about effective congregational hymn-singing, Mr. Helvey received additional training in hymn-accompanying and organ improvisation from Gerre Hancock. 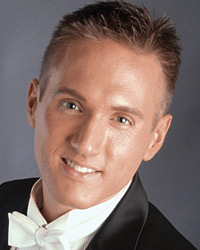