Dwight Leonard Gustafson (1930 - 2014) was a composer, conductor, and dean emeritus of the School of Fine Arts, Bob Jones University. Gustafson was born in Seattle, Washington. Despite early violin training, Gustafson was attracted to a career in art and design. As a sophomore at Bob Jones University, he was asked to make sketches for a production of Cyrano de Bergerac and ended by designing the sets. In 1954, shortly before graduating from BJU with an M.A. in music, he was flabbergasted to be asked by the then-president, Bob Jones, Jr., to become dean of the School of Fine Arts at the age of 24. Eventually he also earned a D. Mus. in composition from Florida State University, and in 1960, he was selected as one of ten young conductors to study at the Aspen School of Music. Gustafson quickly proved to be a competent administrator who brought to his position a working knowledge of art, music, and drama. He also regularly conducted campus choirs and the Bob Jones Symphony Orchestra, especially in its annual opera productions. Nevertheless, outside fundamentalist circles, Gustafson is best known for his compositions and arrangements, which include more than 160 works, including five film scores, a string quartet, and numerous extended compositions for chorus and orchestra including Three Psalms for Chorus and Orchestra (1989) and Words of Passion and Resurrection (2002). When Dwight Gustafson retired as dean after forty years of service, Bob Jones University named the Gustafson Fine Arts Center in his honor. In 1999, he was awarded the Order of the Palmetto. Gustafson continued to conduct occasional programs at BJU, and remained active as a conductor of high school all-state choirs and orchestras, and regularly conducted church choir clinics throughout the United States. 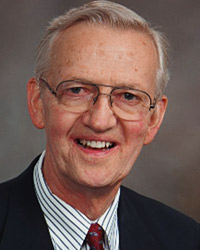