Andrew William Thomas, (born: 1939 in upstate, NY). He studied with Karel Husa at Cornell University, with Nadia Boulanger in Paris, and earned his M.M. and D.M.A. Degrees in Composition at The Juilliard School. At Juilliard, he studied with Luciano Berio, Elliot Carter, and Otto Luening. He taught and was the chairman of the Composition Department at the Pre-College Division at Juilliard from 1969 to 1994. In 1994, The Juilliard School appointed him the Director of the Pre-College Division. In addition to composing, Dr. Thomas performs as a pianist, conductor, and is a guest teacher throughout the world. His many awards include a grant from The National Endowment for the Arts and a Distinguished Teacher Citation from The White House Commission on Presidential Scholars. Many soloists, chamber organizations, and orchestras have recorded Dr. Thomas's music in the United States and abroad. Although he has taught throughout the world, since 2000, Andrew Thomas has become a regular guest of the People's Republic of China. Under the auspices of the Chinese Government, Dr. Thomas performed his composition for solo piano in Hong Kong and Guangzhou. He was the head western judge of a panel of pianists from all over the world judging the 2000 Chinese Works Piano Competition. In December 2001, Dr. Thomas went to Nanning, China to conduct, to perform as a pianist, and to teach master classes in composition. Dr. Thomas is now an Advisor of the Guangxi Arts College and a guest conductor of the Guangxi Arts College Youth Orchestra. He has returned yearly for further conducting and solo performances. He was honored as the main Western speaker at a conference of middle school administrators and government officials from all parts of China. In an effort to upgrade music education throughout China, Dr. Thomas developed a program which brought together music academies in an effort to advance all the students' technical and artistic abilities in Western as well as Asian music. He has begun a music library, now the largest in South China, in Nanning at the Guangxi Arts College. In April 2004 he conducted the Shanghai Conservatory Youth Orchestra and the Nanning Symphony in a three concerto evening with student soloists from Shanghai, Nanning and, Juilliard. Dr. Thomas lectured, taught, and performed in Korea at a music festival that he co- directed. This festival, The Seoul Music Festival + Academy brings together Western and Korean teachers to perform and to teach advanced string and piano students. On October 9, 2004 Dr. Andrew Thomas gave a piano recital in the Juilliard Theater at the Juilliard School celebrating his 65th birthday, 35 years teaching at the Juilliard School and ten years as its Pre-College director. After twelve years, he stepped down from his administrative position in 2006 to concentrate on his composition works, to teach his gifted students, and hopefully to foster the musical talents of young international ""Citizens of the World."" At his farewell party Juilliard bestowed upon him the title of Director Emeritus. 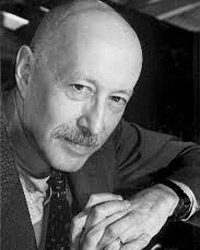