"Dr. Richard Weymuth is a native of Cole Camp, Missouri. He began his career in 1967 and has taught vocal music from the kindergarten to university level until his retirement. Weymuth moved to his last position at Northwest Missouri State University in 1980. As Director of Choirs and professor of music, he not only directed the Northwest Celebration, Tower Choir, and Madraliers, but also taught courses in secondary choral methods, choral conducting and applied voice. His administrative duties included: Director of the Northwest Summer Music Camps, Director of the 48-school Northwest Jazz and Show Choir Festival, Choral Director of University Musicals, and Producer of the Northwest Yuletide Feasts. Weymuth received his B.M.E. and M.A. degrees from Central Missouri State University in Warrensburg and his Ph.D. from the University of Miami in Coral Gables, Florida. His dissertation title was ""The Development and Evaluation of a Cognitive Music Achievement Test to Evaluate Missouri High School Choral Music Students."" Dr. Weymuth is a past president of Missouri American Choral Directors Association, a past vice president of the Missouri Music Educators Association, and a past president of Missouri Student Music Educators Association. In 2002 he was inducted into the Missouri Music Hall of Fame as the 30th recipient. In 1992 he received the Luther T. Spayde Award from the Missouri American Choral Directors Association as the Outstanding Choral Director of the Year. He was named Outstanding Music Alumni of the Year in 1981 by Central Missouri State University and has received honors from the National Junior Chamber of Commerce as an Outstanding Young Man in America. Along with his teaching and directing achievements, Weymuth is known for his numerous junior and senior high school clinics. During the past years, he has conducted over 740 choral clinics and festivals. He has conducted major choral festivals and all-state choirs in 39 states. Dr. Weymuth is also known for his numerous national and regional workshops on Classroom Motivation, Student Leadership, Success in the Classroom, Choral Literature, and Show Choir Techniques. 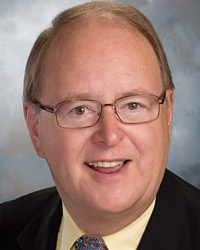