Terry W. York is Professor of Christian Ministry and Church Music at Baylor University's George W. Truett Theological Seminary. He joined the faculty in 1998 after serving three years as the Associate Pastor of Park Cities Baptist Church in Dallas, TX. He received the Bachelor of Arts degree from California Baptist University and his Master of Church Music and Doctor of Musical Arts degrees from New Orleans Baptist Theological Seminary. He has been Minister of Music in churches in California and Arizona. From 1984-1995 he served at the Baptist Sunday School Board (now LifeWay Christian Resources) in Nashville, TN. His duties there included being the Project Coordinator for The Baptist Hymnal, 1991. In all, Dr. York has published more than 40 hymns including the well-known Worthy of Worship. His hymn Give Us Courage was commissioned by the Truett Seminary administration and approved by the Truett Seminary faculty as the official Seminary Hymn in 2006. In addition to his hymns, Dr. York has published more than 60 choral anthem texts set by composers such as Bob Burroughs, David Danner, Tom Fettke, Benjamin Harlan, Mary McDonald, Earlene Rentz, David Schwoebel, Joseph Martin, and Vicki Hancock Wright. The Worship Matrix, co-authored with David Bolin (Celebrating Grace, Inc., 2010), is the fourth of Dr. York's books to have been translated into Chinese. In June 2008 it was his privilege to be one of two featured plenary speakers at The World Association of Chinese Church Musicians' biannual conference which met in Kuching, Malaysia. In June 2009, the Baptist Church Music Conference, meeting in Nashville, TN, gave Dr. York the W. Hines Sims Award, its most prestigious recognition. Dr. York and his wife, Janna, have two adult children and two grandchildren. 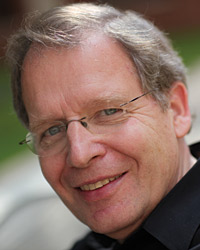