For twelve years, Steve Smith taught middle school band in the Lewisville Independent School District, a northern suburb of the Dallas/Ft. Worth area in Texas.  For eight of those years he served as the Director of Bands at Downing Middle School in Flower Mound.  At Downing, Mr. Smith taught the Symphonic Band, assisted with the Concert Band and taught all of the beginning woodwind classes.  The bands at Downing consistently displayed a high standard for musical excellence highlighted by a performance at the 2005 Midwest Band and Orchestra Clinic in Chicago.

In 2012, Steve joined the team at Hal Leonard as an Instrumental Editor.  At Hal Leonard, he works with the production of instrumental music and educational materials for band and strings.  Steve brings his recent teaching experience to Hal Leonard and is using this in the development of the new Essential Elements Interactive website designed to assist teachers and students at the beginning instrumental level.

In 2010, Mr. Smith’s composition Capilano Fanfare was selected in the Dallas Wind Symphony’s Call for Fanfares and received a performance as the opening fanfare for the 2010-2011 concert season.  In 2007, Mr. Smith was honored as a “Distinguished Music Educator” by the Yale University School of Music, in conjunction with an international symposium promoting music in the public schools.

Steve earned his Bachelor of Music Degree from the University of North Texas in 1998 and his Master’s degree from UNT in 2012.  While at North Texas, he studied saxophone under Dr. Eric Nestler and performed in the North Texas Wind Symphony under the direction of Mr. Eugene Migliaro Corporon.

Mr. Smith has was also involved in the drum and bugle corps activity for over twelve years.  After performing with and teaching the brass section for the Madison Scouts, Mr. Smith worked with the Southwind Drum and Bugle Corps from Lexington, Kentucky and with the Santa Clara Vanguard from Santa Clara, California. For 8 years, worked with Specialized Administrative Services Inc., providing leadership training for high school band students across the state of Texas.

Mr. Smith is an active member of the TMEA and NAfME.  Prior to moving to Wisconsin to join Hal Leonard, his wife, Jenny, was an elementary art teacher and is now a freelance artist in the Milwaukee area.  They enjoy spending time together and are proud parents to their 4-year-old son Seoul. 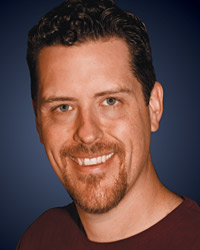