Recognized in both jazz vocal and instrumental worlds, Darmon Meader is a distinguished vocalist, arranger and saxophonist. Darmon has achieved international recognition as the founder, musical director, chief arranger, composer, saxophonist, and tenor vocalist with New York Voices. As a member of NYV he has released numerous recordings and has performed and recorded with a variety of artists including Ray Brown, George Benson, Bobby McFerrin, Don Sebesky, Patti Austin, Jon Hendricks, Jim Hall, Paquito D'River and the Count Basie Orchestra. Touring in the U.S. and abroad, he has performed at such renowned venues as Carnegie Hall, Montreux Jazz Festival, North Sea Jazz Festival, and the Blue Note Jazz Clubs in New York and Japan. In addition to arranging and orchestrating the majority of the NYV songbook, Darmon has arranged music for various artists including Nancy Wilson, the Boston Pops, Ann Hampton Calloway, and Ilona Knopfler. Darmon is currently an adjunct faculty member at Indiana Universaity in the Jazz Vocal department and is actively involved in music education as a conductor and clinician at both the high school and university level. 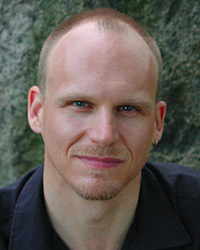