A Chicago based singer, arranger, keyboardist, producer and conductor, Paul Langford has a career that spans over 25 years. His work includes arranging for and performing with groups such as the Chicago Symphony Orchestra, the Chicagoland Pops, the Grand Rapids, Pensacola, Anderson (IN) and LaCrosse Symphony Orchestras and for Walt Disney World.¶As a singer and pianist, Paul has performed or recorded with Grammy Award winners Celine Dion, David Foster, Kenny Rogers, Yolanda Adams, Abraham Laboriel and Heather Headley, has shared the stage with Michael Buble and Josh Groban, and has performed for President Bill Clinton and First Lady Michelle Obama.¶His voice has been heard on radio and TV commericials for such companies as Ronald McDonald House, Oldsmobile, L.L. Bean, Old El Paso, Nintendo, Frigidaire, and Nickelodeon. He has also led and arranged for choirs, rhythm sections, big bands, orchestra and a cappella groups all across America and abroad and is a published choral arranger and composer.¶In the Chicago area, Paul can be heard singing and playing keyboards with the Tom VanKanegan and the Z Orchestras. Paul also owns and operates a state-of-the-art recording studio in Chicago's northern suburbs, where he produces recording artists and composes music for video and film. 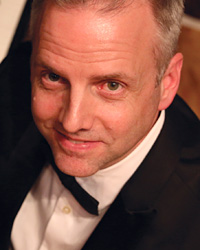