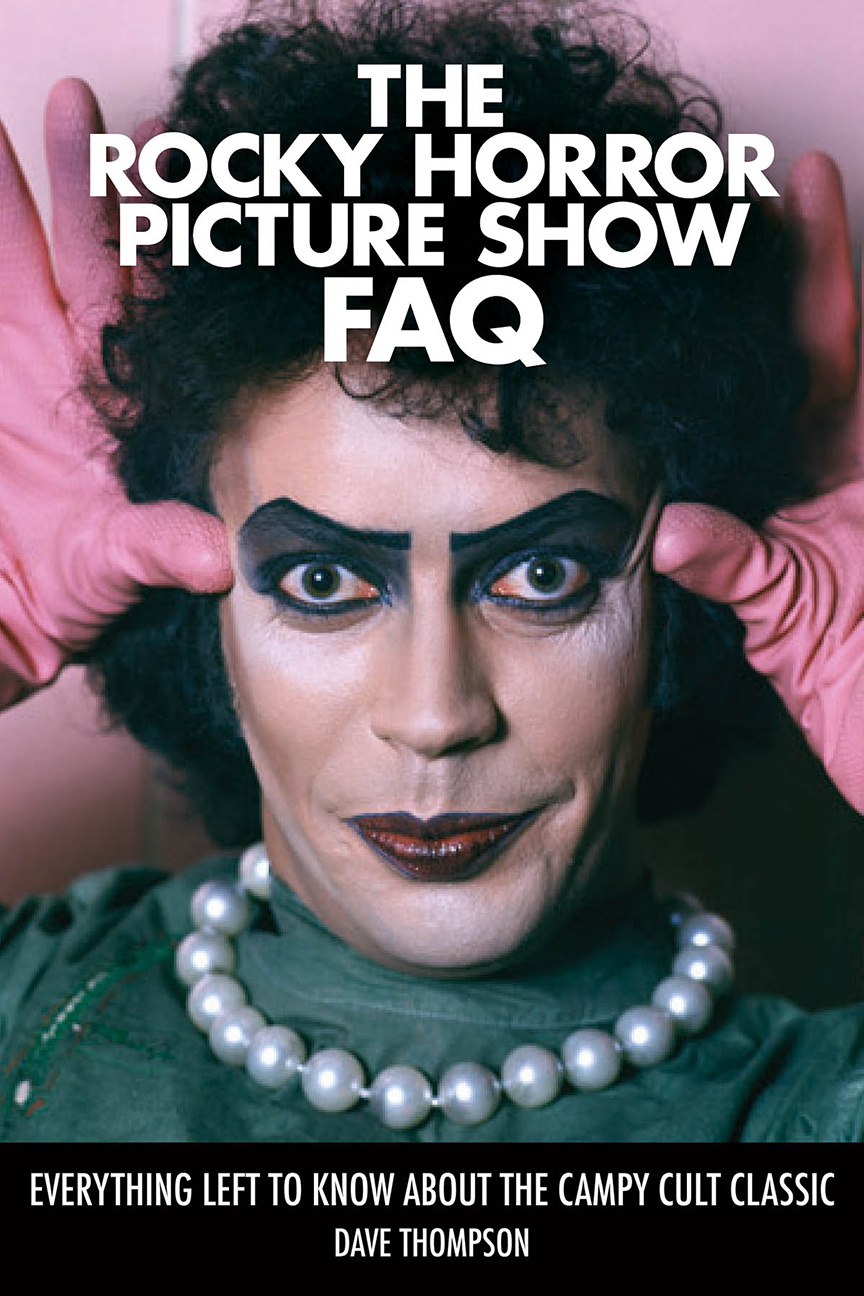 The Rocky Horror Picture Show FAQ is the in-depth story of not only the legendary stage show and movie but of a unique period in theatrical history – in the movie's UK homeland as well as overseas. Rocky Horror has been performed worldwide for more than 40 years in over 30 countries and has been translated into more than 20 languages.

Inside these pages, we see Rocky Horror as sexual cabaret and political subversion, as modern mega-hit and Broadway disaster. At the movie house, we learn when to shout, what to throw – and why people even do those things. Here is the full story of the play's original creation; its forebears and its influences are laid out in loving detail, together with both the triumphs and tragedies that attended it across the next 40 forty years.

Packed with anecdotes, The Rocky Horror Picture Show FAQ is the story of dozens of worldwide performances and the myriad stars who have been featured in them. From Tim Curry to Anthony Head, from Reg Livermore to Gary Glitter, from Daniel Abineri to Tom Hewitt, the lives and careers of the greatest ever Frank N. Furters stalk the pages, joined by the Riff-Raffs, Magentas, Columbias, and all.

The book also includes the largest and most in-depth Rocky Horror discography ever published, plus a unique timeline – The Ultimate Rocky Horror Chronology – detailing the who, what, where, and when of absolute pleasure.

Your Pretty Face Is Going to Hell