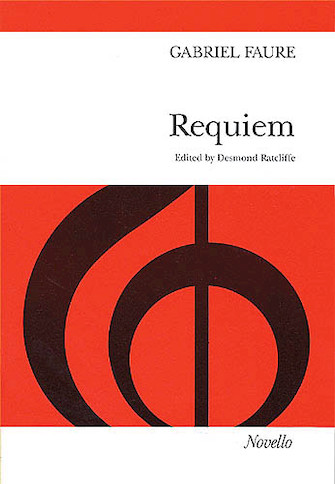 Faure was not drawn to compose a Requiem because of the death of a loved one, even though his mother had died during the early stages of composition and his father had passed away two years before. Faure's composition does not set his Requiem to the standard liturgical text, instead adding a lyrical Pie Jesu and transcendent Paradisum, and omitting the Dies Irae and Tuba Mirum – which, for most composers, are opportunities to demonstrate the dramatic possibilities available with the choral and orchestral forces. As a result the mood of the Requiem is relatively calm and peaceful and often referred to as a lullaby of death.

Faure's unconventional composition has become a firm favourite in the repertoire and available here is the vocal score, for soloists and SATB choir with piano accompaniment, as edited by Desmond Ratcliffe.

Blowin' in the Wind/America Shawnee Press

Holy Is the Lord Sacred Choral

Blowin' in the Wind/America Shawnee Press Add to Cart

Holy Is the Lord Sacred Choral Add to Cart