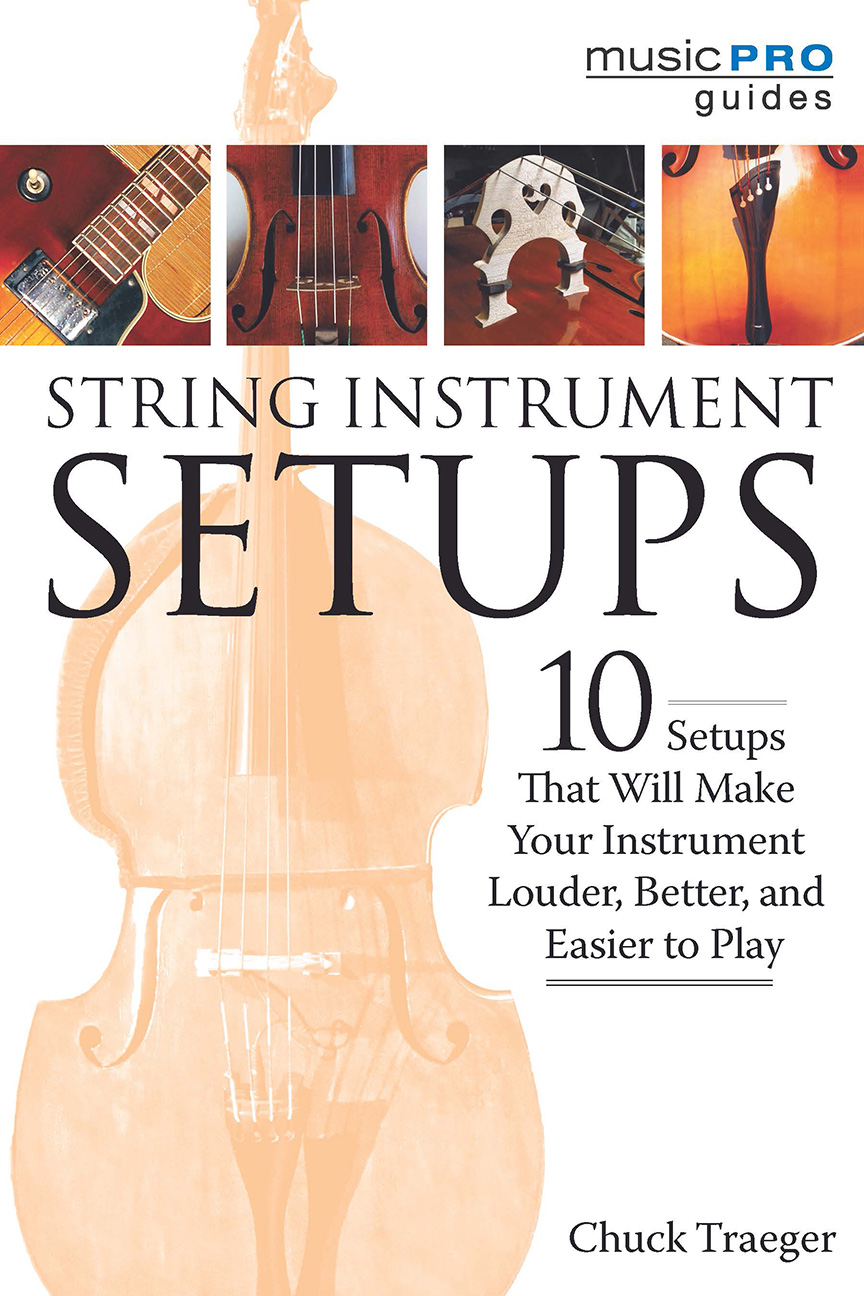 String musicians, know only this: everything is vibrating. The movement of the spheres? A guru's cryptic musing? Hypersensitivity to plate tectonics? Not quite. This is the briefest possible distillation of Trager's Principle, which states, “When a string instrument is being played, everything is vibrating, from the top of the scroll to the tip of the endpin.” This simple formula, the purest distillation of master luthier Chuck Traeger's lifetime of learning, holds the key to configuring your instrument to your specifications. It also forms the crux of his third and final book: String Instrument Setups: 10 Setups That Will Make Your Instrument Louder, Better, and Easier to Play.

At the height of the Big Band era, Traeger, a double bassist, performed alongside a veritable who's who of New York jazz musicians including the likes of Louie Armstrong and Sidney Bechet. In was in this capacity – as Charlie Traeger, one hip cat and a regularly frustrated client of NYC's instrument repair shops –that he began his pursuit of sonic perfection. In 1969, satisfied with his abilities but devoted to constant self-improvement, he opened his first repair shop. Before he knew it, his reputation was preceding him, and he found himself handling the instruments of school band novices and the New York Philharmonic alike. On his seventieth birthday, Traeger retired from musicianship and devoted himself to comprehensively documenting all he had learned about his craft. Two decades later, shortly after he put the finishing touches on String Instrument Setups, Chuck Traeger passed away on November 9, 2016. Scarcely a month had elapsed since the death of his beloved wife, June, to whom he was married for over sixty blissful years. Albeit with a heavy heart, we at Hal Leonard Books are proud to present this remarkable man's parting gift to generations of current and future musicians.

String Instrument Setups is the culmination of forty-five years of acoustic research involving Trager's old standby, the double bass, and, in turn, any string instrument with a moveable bridge and a moveable tailpiece, or one that can be made moveable. Armed with this book, we're confident that the average musician can enter almost any string instrument maker or repair shop in the world (the exception being a shop that has already read String Instrument Setups), ask for their best repair or restoration, then make that instrument sound louder, better, and easier to play, every time. This is neither braggadocio nor hyperbole; rather, it's the confidence instilled by one man's extensive research, wholehearted devotion, and firm belief in the sacred bond between instrument and musician. After reading String Instrument Setups, we're sure you'll feel the same.