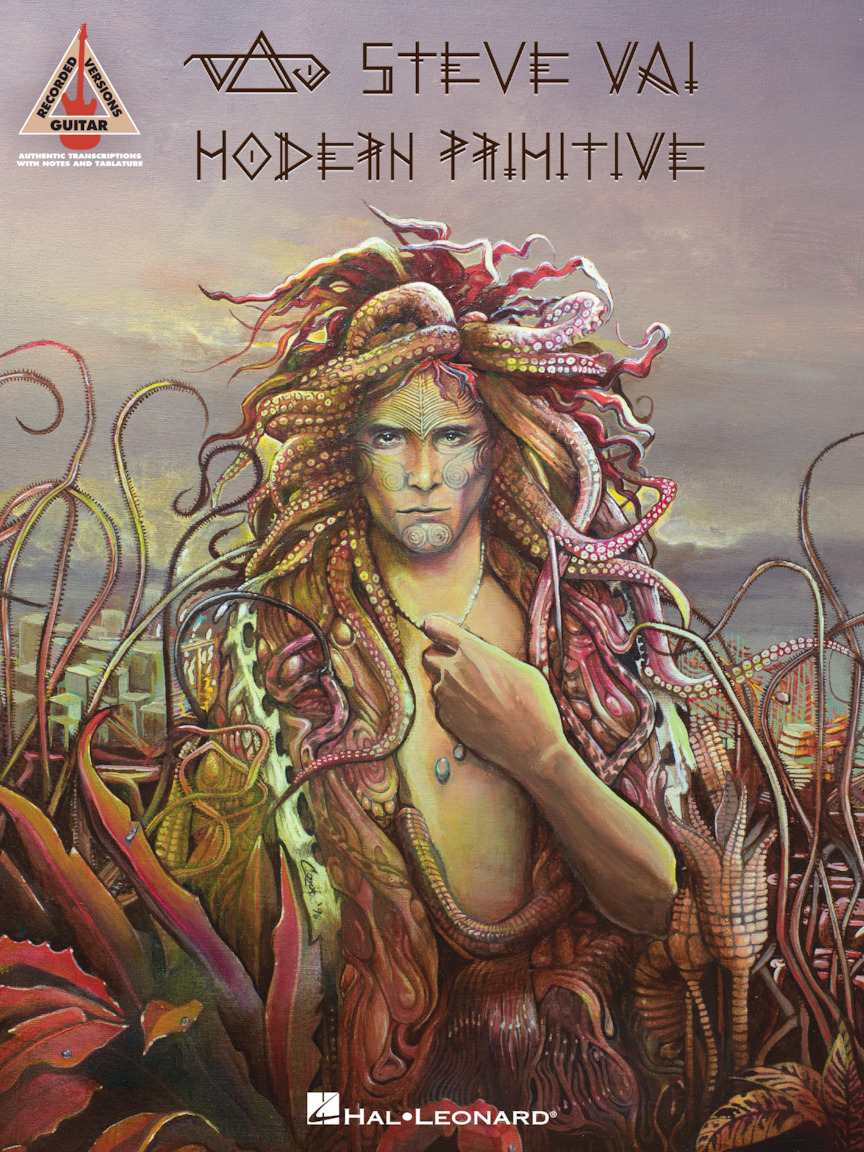 Exact note-for-note transcriptions of Steve's playing on 13 tracks from this 2016 release. Based on song sketches and works-in-progress penned and recorded by Vai following the release of Flex-Able in January 1984, the music on Modern Primitive has been completed by Steve for release as a full album bonus disc in the Passion and Warfare 25th Anniversary Edition. 13 tracks, including: And We Are One • Dark Matter • Lights Are On • Mighty Messengers • Never Forever • No Pockets • Pink and Blows Over: Part I • Upanishads • and more. Nearly 300 pages of transcriptions!