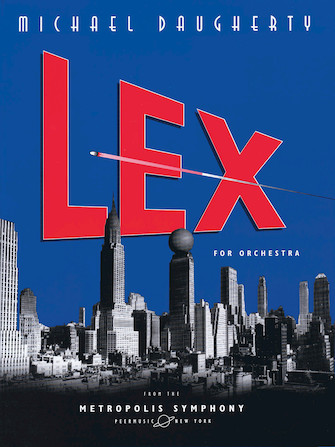 Metropolis Symphony is a five-movement musical response to the world of Superman, and Lex derives its title from one of Superman's most vexing foes, the super-villain Lex Luthor. Marked “Diabolical” in the score, this movement features a virtuoso violin soloist (Lex) who plays a fiendishly difficult fast triplet motive in perpetual motion, pursued by the orchestration and a percussion section that includes four referee whistles placed quadraphonically on stage. Duration - ca. 10:00

Once Upon a Castle Boosey & Hawkes Chamber Music

METROPOLIS SYMPHONY: I. Lex has been added to your cart

Due to high demand, METROPOLIS SYMPHONY: I. Lex is on back order