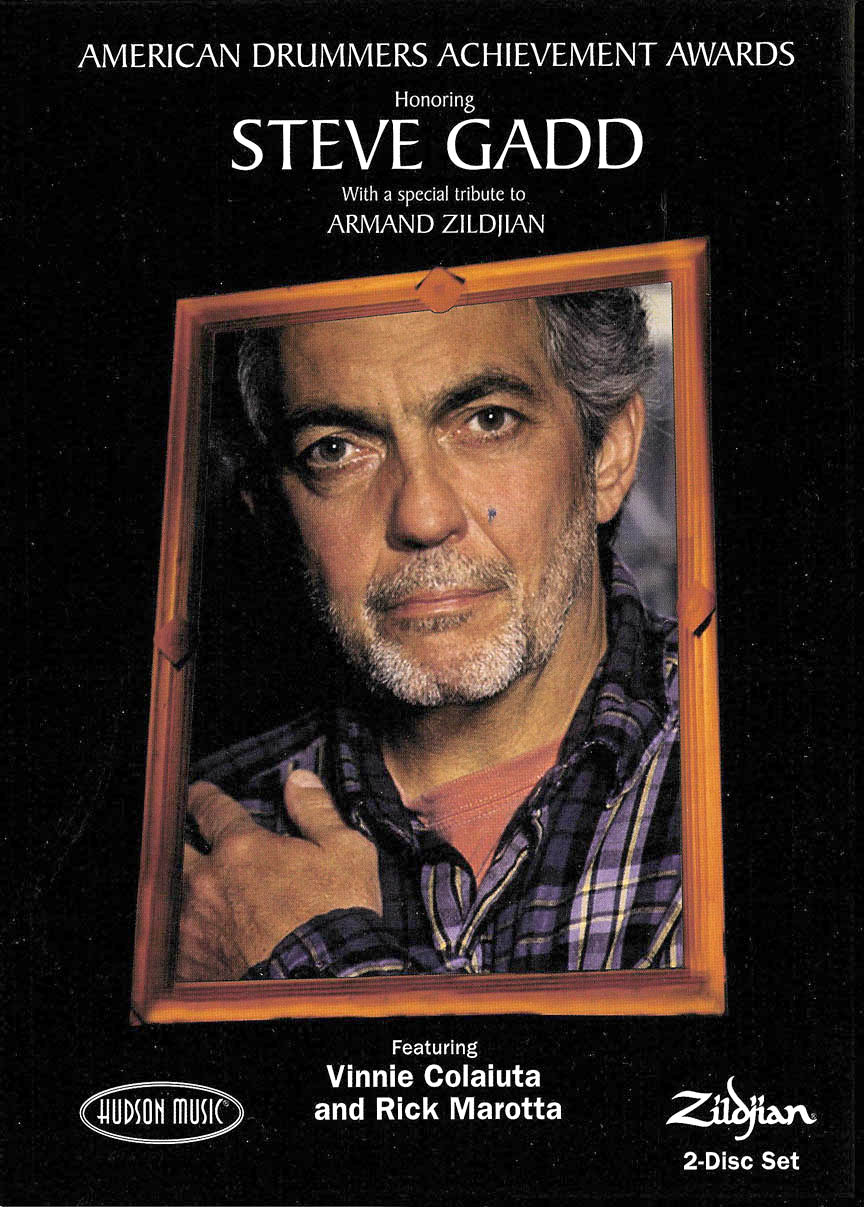 In recognition of Steve Gadd's incredible impact on the art of drumming and music, Zildjian presented Steve with an American Drummers Achievement Award (ADAA) at the Berklee Performance Center in Boston, MA on September 13, 2003. This once-in-a-lifetime event was hosted by Mr. Bill Cosby and featured an all-star band that included Vinnie Colaiuta and Rick Marotta on drums; Michael Landau, Jimmy Johnson, Larry Goldings, and special guest appearances by Will Lee and Tom Scott. The evening culminated in a incredible performance by Steve with James Taylor. This double-disc DVD features over six hours of footage, including the evening's great performances, exclusive rehearsal footage; a 20-minute documentary on Steve's career; backstage interviews; rare, early film footage of Steve, and more.

Special DVD Features: rehearsal footage • interviews with Eric Clapton, Chick Corea, Vinnie Colaiuta, Rick Marotta, Will Lee and Tom Scott • 5.1 Surround Sound mixes of all of the performances mixed from the drum chair • 35-minute interview with Steve • rare video footage of Steve, circa 1970 with the U.S. Army Band, and footage from 1977 of the band, L'image, featuring Steve and Mike Mainieri • photo gallery.

The Best of Weather Report

The Best of Pat Martino

The Best of Joe Pass

The Best of Stevie Wonder