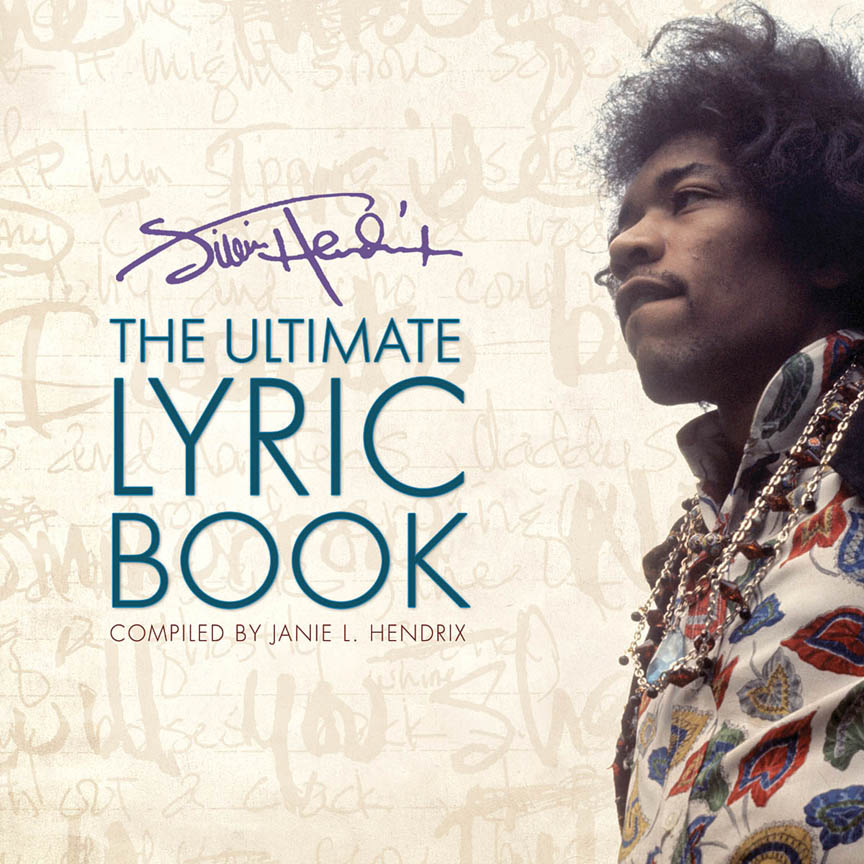 Jimi Hendrix was such an extraordinary guitarist, it can be easy to forget that just as much passion, soul, and precision went into his lyrics. Inspired by Bob Dylan, Hendrix was a fearless lyrical innovator, willing to let his imagination guide him to landscapes hitherto unexplored within the realm of pop music.

From the existential euphoria of “I Don't Love Today” to the elusive beauty of “Little Wing” to the psychedelic blues of “My Friend” to the otherworldly “1983 (A Merman I Should Turn to Be),” his lyrics remain among the greatest in the pantheon of rock, infused with the same inventiveness, virtuosity, and courage that informed his guitar playing.

Here are all the words to the Hendrix classics you've rocked along to for years, as well as unpublished songs from Valleys of Neptune and other hitherto undiscovered sources. Jimi Hendrix: The Ultimate Lyrics Book, compiled by Janie L. Hendrix, is extraordinarily personal. It includes numerous examples of Jimi's handwritten lyrics, often scribbled on hotel stationery, as well as photos of Jimi to accompany every song. Much of this material has never been seen before.

Jimi Hendrix: The Ultimate Lyrics Book will give you a glimpse of the lyricist behind the songs, a songwriter whose words were just as searing as his solos.