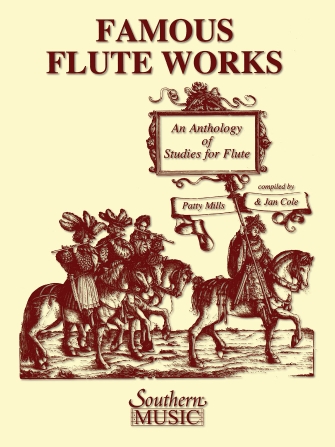 This outstanding collection of thirty-eight etudes by generations of master flute teachers has been collected and carefully grouped by the area of technique each one emphasizes. Included are studies by Andersen, Koehler, Paganini, Karg-Elert, Furstenau, Bach, Garibaldi, Jeanjean, Berbiguier, Camus and Soussmann.

VI. Slurring in Groups of Five or More

15 Solos for Flute from the 20th Century

Practice Book 3 for the Flute: Articulation

25 Piazzolla Tangos for Flute and Piano