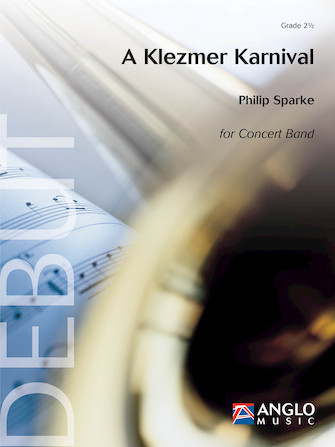 Klezmer music originated in the villages and ghettos of eastern Europe, where itinerant Jewish troubadours (known as klezmorim) performed at weddings and other celebrations since the early Middle Ages. Lyrics were a part of klezmer as far back as the 16th century, but the term gradually became synonymous with instrumental music, particularly featuring the violin and clarinet. In recent years it has regained in popularity, and A Klezmer Karnival incorporates three contrasting traditional tunes in a suite that will bring a true “karnival” atmosphere to any concert.

A Klezmer Karnival has been added to your cart

Due to high demand, A Klezmer Karnival is on back order