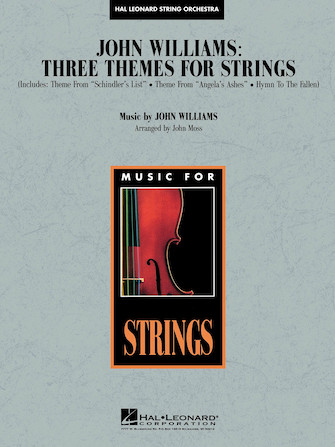 Three memorable themes from renowned film composer John Williams are included in this sensitive musical montage. John Moss has captured the emotion and musical drama of these award-winning film scores with his arrangement that includes: Schindler's List, Angela's Ashes, and Hymn to the Fallen (from Saving Private Ryan).

John Williams – An Evening at the Cinema

You Raise Me Up

Selections from Fiddler on the Roof

The Best of ABBA