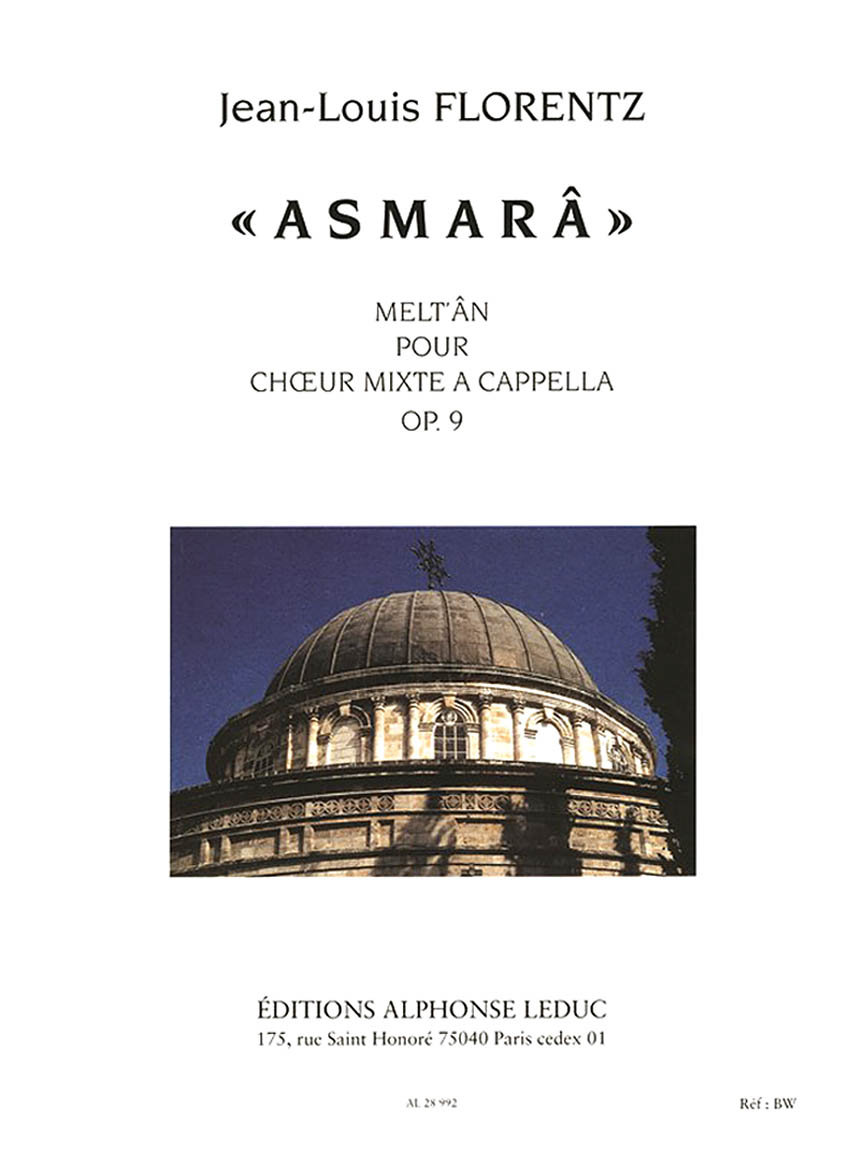 “French composer, Jean-Louis Florentz (1947-2004) was a prolific student of Olivier Messiaen. Asmara, composed in 1992, is an exciting addition to the choral repertoire. Florentz's music is described as having ”“a strong, evocative power which keeps the clarity of the French style.”“ Asmara, named after the capital of Eritrea, was commissioned by the Culture Minister and is composed for a mixed voice choir. The text is written in the native Ethiopian and a helpful pronunciation glossary is provided, preceding the score. For all advanced choirs seeking to vary their repertoire, Florentz's Asmara makes for an exciting performance.”

Standing On The Sun, For Organ

The Cross Of The South, For Organ