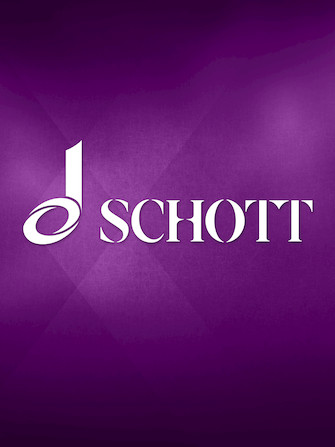 Carl Maria von Weber's fame rests mainly on “Der Freischütz”. The unprecedented success of this opera overshadowed all his other works and contributed to their increasing fall into oblivion. Certain works such as “Preciosa”, “Oberon”, and “Euryanthe”, the overtures, solo concertos and piano sonatas, the lieder and chamber works enjoyed great popularity and were widely known in Germany and abroad as late as the second half of the 19th century. However, any chance of a revival of Weber's influential and substantial oeuvre was wasted in the 1920s, when a complete edition - begun by Hans Joachim Moser and with potential contributors including Wilhelm Kempff, Hans Pfitzner, Max von Schillings, Fritz Stein and Richard Strauss - failed after the third volume.

Ever since there have been numerous attempts to restart a complete edition of Weber's works, but as this kind of project would have required the co-operation of scholars from both sides of the inter-German border, the political situation after 1945 was not conducive to any such enterprise. Careful negotiations led to the first tangible steps in the 1980s. The intention, right from the beginning, was to place Webers work in context, and not to separate his musical output from his influential work as a writer, critic and organiser in the musical field, but to publish his compositions together with his letters, diaries and other literary output as the best way to document the cross-fertilisation between his musical, literary and practical activities.

Since the German re-unification both working-parties concerned - at the Staatsbibliothek zu Berlin, and at the Musikwissenschaftliches Seminar, Detmold/Paderborn - have co-operated on the complete edition of the musical works (c. 45 volumes in10 series: sacred music; cantatas, odes and other occasional works; stage works; lieder and vocal works; orchestral works; chamber music; music for piano; piano reductions; miscellanea, arrangements and orchestrations; works of doubtful attribution). The diaries (6-8 vols.) are edited in Berlin and the letters (8-10 vols.) and other writings (2 vols.) in Detmold.

This complete edition aims to be a reliable basis of scholarly debate as well as for the authentic performance practice of Carl Maria von Weber's music. Conforming to the standards of recent historico-critical editions, the textual material will be based on all available authentic sources, accompanied by a detailed documentation of the genesis and a list of variants for eachwork. The musicological importance of the works will be evaluated by placing them in their historical context, the presentation of their genesis, history and Critical Commentaries. The letters, writings and diaries will be treated as inter-related and relevant toeach other in the commentaries, therefore readers should benefit from a wealth of concise information and cro

Der erste Ton / Jubel-Kantate has been added to your cart

Due to high demand, Der erste Ton / Jubel-Kantate is on back order