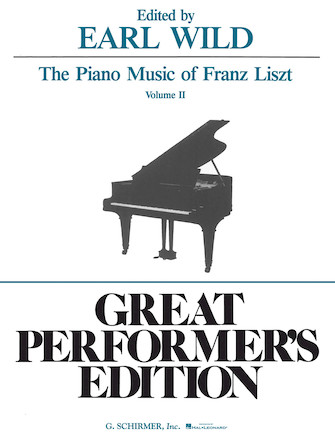 Often called a “supervirtuoso,” Earl Wild has been performing for almost seven decades. He has attained a special place as a Liszt interpreter. In 1986 he was presented with the Liszt medal from the People's Republic of Hungary in recognition of his series of Liszt's major piano works recorded on six compact discs. Wild's documentary entitled “Wild About Liszt,” filmed at the Marquess of Londonderry's estate “Wynard,” received the British Petroleum award for best musical documentary. His vast discography includes recordings on 11 major labels.