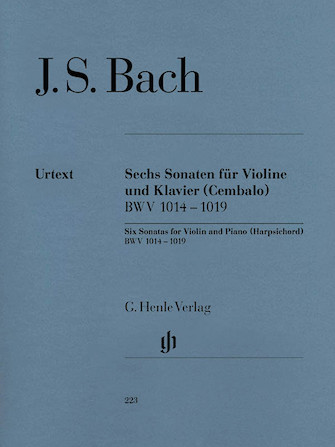 Bach probably composed his six violin sonatas between 1717 and 1723, during his tenure as court Kapellmeister in Köthen. Apparently he was no longer content with adding the solo part to a bass-line, so wrote the harpsichord part out in full instead. As for compositional technique, his model here was the Baroque trio sonata; but the path to the duo sonata in the modern sense, however, is already traced out. The sonatas were not published until 50 years after Bach's demise. The transmission of the individual sonatas is sometimes problematic, especially since little autograph material has survived. In the Appendix to this Urtext volume, we have reproduced various versions of different pieces.