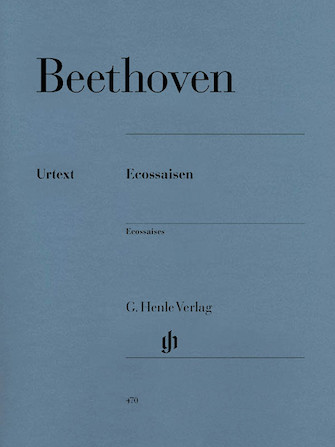 In his many Ecossaises for piano, Ludwig van Beethoven proves that he could write vivacious dance music. The “ecossaise”, originally a Scottish country dance, was very popular in a more developed form in early 19th century salons. As a stylised dance it principally appeared in the piano repertoire of Franz Schubert and Frederic Chopin as well as Beethoven. G. Henle Publishers here present a carefully revised Urtext edition of the six Ecossaises WoO 83 and the Ecossaise WoO 86 in E flat major. These stylized, animated contredances delight through their miniature structure and their variously fashioned bipartite form. They are of moderate difficulty.

Choral Finale to the Ninth Symphony