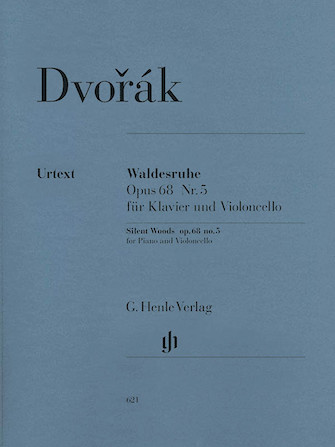 Dvorák had previously written solo music for Hanus Wihan, later the dedicatee of his cello concerto. When he was planning a trio concert tour for 1892 with Wihan and violinist Ferdinand Lachner and needed further works for cello and piano, he reworked “Silent Woods” for cello and piano during the Christmas holidays of 1891. Originally a four-hand piano piece from his cycle “From the Bohemian Forest”, the cantabile character piece became a popular recital item owing to its sonorous cello sound. Dvorák later arranged it as an effective concert piece for violoncello and orchestra. The first edition of 1894 is the basis for editor and Dvorák specialist Milan Pospisil's Urtext edition for violoncello and piano.

Waldesruhe (Silent Woods) Op. 68 has been added to your cart

Concerto for Violoncello and Orchestra A Minor Op. 33, No. 1 Henle Music Folios Add to Cart

Due to high demand, Waldesruhe (Silent Woods) Op. 68 is on back order