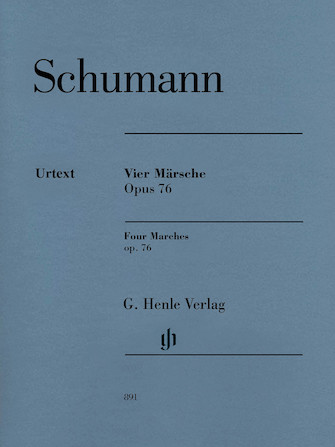 As he was interested in politics, Schumann took an active interest in the democratically motivated unrest in spring 1848. The following year he directly witnessed the May uprising in Dresden, after which he had to flee the country with his family. These circumstances influenced his music. As early as June, Schumann sent four out of originally five marches for piano to his publisher, requesting him to publish them immediately. “I did not know of a better way in which to give vent to my feelings – I wrote them in true fervour.” Whereas the fifth march later became the closing piece in the “Colored Leaves” op. 99 (HN 81), the “Four Marches Op. 76” are new to the Henle catalog.