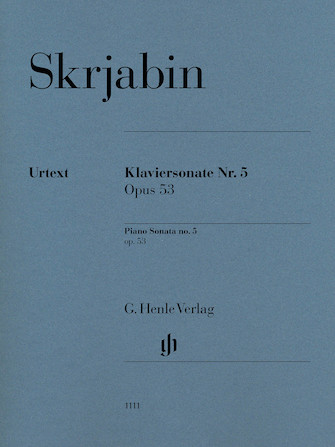 “A great poem for the piano” was how Scriabin described his fifth piano sonata. It was indeed composed at the same time as his great poem for orchestra “Le Poème de l'extase,” and both works are based on the same literary program. Scriabin spent a long time honing the text, which represents his philosophic idea of the development of the world in poetic form, until its publication in a separate volume in 1906. About a year later Scriabin announced that he had completed his fifth sonata, stating,“and I consider it to be the best of my works for piano. I do not know myself what kind of a miracle has happened.” This landmark for piano continues Henle's series of Urtext editions of Scriabin's piano works.

Nocturne for the Left Hand

Concerto for Piano and Orchestra C Major Op. 15, No. 1