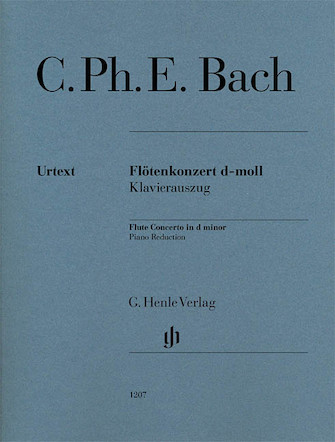 Of Carl Philipp Emanuel Bach's flute concertos, the one in D minor is by far the best known, even though its authenticity has been repeatedly doubted. A version of the same concerto for harpsichord and orchestra is “genuine C.P.E.” and this has always been regarded as the original version. An in-depth study of all source findings does, however, suggest that Bach composed the flute version first. Editor András Adorján is thus able to present a musical text in which many transmission errors have been eliminated.

Flute Concerto in D minor has been added to your cart

Due to high demand, Flute Concerto in D minor is on back order