Confessions of a Record Producer

How to Survive the Scams and Shams of the Music Business 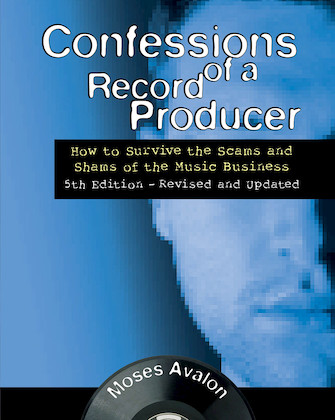 Confessions of a Record Producer

How to Survive the Scams and Shams of the Music Business

For more than 15 years, Confessions of a Record Producer has exposed the inner workings of the music business and empowered artists to protect their interests. With inside knowledge and hard numbers, Moses Avalon reveals the truth of how the industry functions (or dysfunctions), showing what artists actually make from their “hits” and how producers, labels, managers, and even the artists' own lawyers conspire to rip them off.

This is the only music business trade book that:

• Intimately analyzes the differences between ASCAP, BMI, and SESAC

Since the first edition's release in 1998, Confessions has grown from an underground favorite to a widely read staple, evolving along the way to address Internet-age realities and the pitfalls coming with rapidly changing technologies. This new, fifth edition tackles the complexities of music streaming and how the diminishing revenue it provides is becoming the new normal for an industry that has shrunk by half in less than two decades.

Fully updated with recent industry developments and the latest scams, Confessions of a Record Producer remains a must for artists who want to survive, thrive, and get their fair share.