Are We Still Rolling? 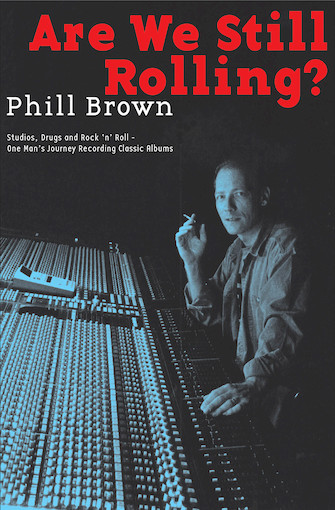 Are We Still Rolling?

From the author's first glimpse of a magical recording studio in the mid-1960s up through a busy career that continues to the present day, this rollicking story can only be told by those that were there. As the young tape operator on sessions for the Rolling Stones, Jimi Hendrix, and Joe Cocker at the famed Olympic Sound Studios in London, Phill learned the ropes from experienced engineers and producers such as Glyn Johns and Eddie Kramer. Phill soon worked his way up engineering sessions for Mott the Hoople, David Bowie, Led Zeppelin, Bob Marley and many other lendary rockers. He eventually became a freelance engineer/producer and worked with Roxy Music, Go West, Talk Talk, and Robert Plant.

But more than a recollection of participating in some of the most treasured music of the past 40 years, this is a man's journey through life as Phill struggles to balance his home and family with a job where drug abuse, chaos, rampant egos, greed, lies and the increasingly invasive record business take their toll. It's also a cautionary tale, where long workdays and what once seemed like harmless indulgences become health risks, yet eventually offer a time to reflect back on.

Are We Still Rolling? has been added to your cart

Due to high demand, Are We Still Rolling? is on back order