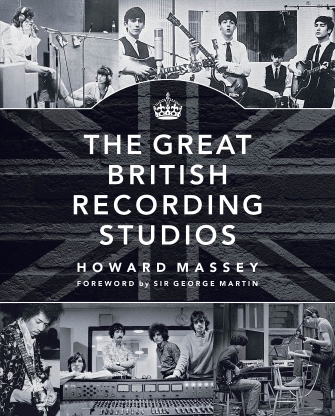 The Great British Recording Studios tells the story of the iconic British facilities where many of the most important recordings of all time were made. The first comprehensive account of British recording studios ever published, it is endorsed by and was written with the cooperation of the British APRS (Association of Professional Recording Services, headed by Sir George Martin) to document the history of the major British studios of the 1960s and 1970s and to help preserve their legacy.

The book surveys the era's most significant British studios (including Abbey Road, Olympic, and Trident), with complete descriptions of each studio's physical facilities and layout, along with listings of equipment and key personnel, as well as details about its best-known technical innovations and a discography of the major recordings done there. Seamlessly interweaving narrative text with behind-the-scenes anecdotes from dozens of internationally renowned record producers and a wealth of photographs (many never published before), this book brings to life the most famous British studios and the people who created magic there.

Meticulously researched and organized, The Great British Recording Studios will inform and inspire students of the recording arts, music professionals, casual music fans, and anyone interested in the acoustically pristine facilities, groundbreaking techniques, and innovative artists and technicians that have shaped the course of modern recording.

Behind the Glass, Volume II Book

The Great British Recording Studios has been added to your cart

Behind the Glass, Volume II Book Add to Cart