Songs of the East Coast Fishermen 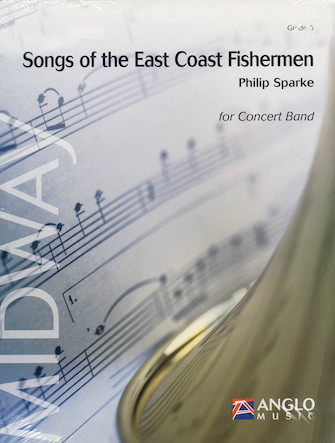 Songs of the East Coast Fishermen

Over a century ago, English composer Vaughan Williams visited Norfolk (an area on the east coast of England) to collect and notate folk songs from people of all trades and callings. Accompanied by a local clergyman, he visited the Tilden Smith, a pub that was a favorite haunt of “northenders” and local fishermen, and in less than a week the composer had notated 61 songs. Vaughan Williams incorporated the best of these songs into his own music, most notably A Norfolk Rhapsody and Sea Symphony. Philip Sparke has composed this new suite based on five of these folk songs together with King's Lynn, a folk song which Vaughan Williams adapted into a popular hymn tune.

You Keep Me Hangin' On Contemporary Marching Band

Forget You Discovery Plus Concert Band

You Keep Me Hangin' On Contemporary Marching Band Add to Cart

Like a Prayer Discovery Plus Concert Band Add to Cart

Forget You Discovery Plus Concert Band Add to Cart

Due to high demand, Songs of the East Coast Fishermen is on back order