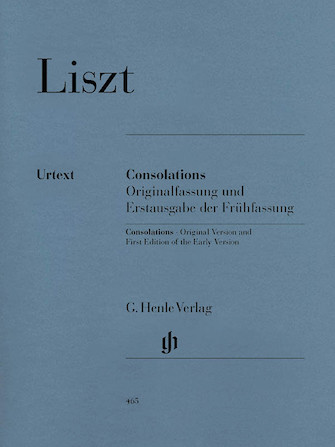 These six little piano pieces are among Liszt's best-known works are are comparatively easy to play – a rarity among the composer's often eccentric and virtuosic works. In 1844 Liszt had already begun work on the cycle that was only published in 1850. Although he had the pieces engraved, this version was never actually printed. He replaced no. 3, a precursor to the first Hungarian Rhapsody, with a piece in the style of a nocturne by Chopin (it can occasionally be heard as an encore at piano recitals), and he simplified the remaining numbers. In the second part of our edition we have reproduced the complete early version for the first time.

Consolations has been added to your cart

Liszt: At the Piano Henle Music Folios Add to Cart

Due to high demand, Consolations is on back order