Francisco J. Núñez, a recipient of a 2011 MacArthur Fellowship presented to individuals for their “exceptional originality in & dedication to their creative pursuits,” is the artistic director of the Young People’s Chorus of New York City™, a composer, conductor, visionary, & leading figure in music education. In 1988 he founded YPC to provide children of all ethnic, religious, & economic backgrounds with a safe haven for personal and artistic growth & to date has changed the lives of thousands of young people. YPC is widely recognized for its exceptional caliber and has been cited as a model of artistic excellence and diversity by the President’s Committee on the Arts & the Humanities under the Clinton, Bush, and Obama administrations. Visit www.ypc.org

Mr. Núñez also leads University Glee Club of New York City and was the director of choral activities at NYU from 2003 to 2010.

As a composer, Mr. Núñez won early acclaim for seamlessly fusing a wide gamut of cultures and musical idioms, writing his first choral work, Misa Pequeña, at age 15. Today, he composes countless compositions & arrangements in all musical formats and styles, which are published by Boosey & Hawkes.

With the creation of his Transient Glory® commissioning series of concerts, recordings, symposia, and publications, Mr. Núñez has greatly expanded the repertoire of choral music for young people with more than 60 works by today’s most distinguished composers. In association with Chester Novello and G Schirmer, the Transient Glory® compositions are being published by Boosey & Hawkes, where Mr. Núñez is an editor, so that other choruses worldwide can have access to this challenging music. He recently extended Transient Glory® to Radio Radiance™, a radio, digital media and internet program, presented in partnership with WNYC New York Public Radio and American Public Media, to develop new audiences for cutting-edge choral music.

Francisco Núñez grew up in close-knit Dominican family in New York City’s Washington Heights. After he graduated from NYU as a piano performance major, he formed the Young People’s Chorus of New York City™, bringing children from underserved neighborhoods together with children from more privileged circumstances. With music as the equalizer, the diversity in the group resulted in new vocal colors and a confident urban style, creating not only a vibrant new choral sound, but also an avenue for children to succeed. As an authority on the subject, he is often invited to give keynote addresses at choral symposia & conferences across the country.

Mr. Núñez is the recipient of numerous awards, including an ASCAP Concert Music Award, a New York Choral Society’s Choral Excellence Award, & a Liberty Award from the New York Post. Hispanic Business magazine named him one of the 100 Most Influential Hispanics of 2005; GMC’s national campaign hailed him as an unsung Hispanic hero; and La Sociedad Coral Latinoamericana honored him as its 2009 Man of the Year.

Mr. Núñez makes his home in New York with his wife Elizabeth Núñez, a YPC conductor; their son Sebastián; and two Italian greyhounds Coda and Dixie. For more information, visit franciscojnunez.com and www.macfound.org. 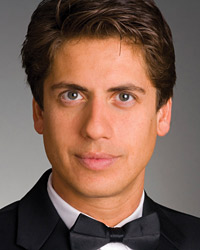