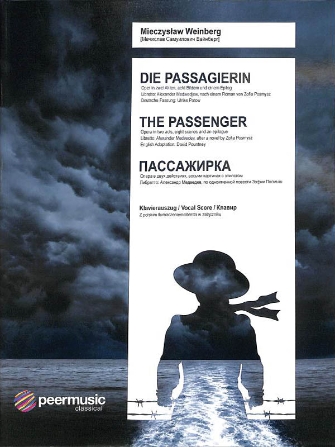 The fully staged premiere of the opera The Passenger, composed in 1968 in two acts based on the novel by polish Auschwitz survivor Zofia Posmysz, was the centerpiece of the program at the Bregenz Festival 2010.

Mieczyslaw Weinberg's friend Dmitri Shostakovich had already proclaimed the opera “a masterpiece” and attempted to use all of his influence to bring the work to the stage in Russia.

The opera deals with guilt and its repression after the Holocaust. Years after the end of the Second World War, a former warden of the concentration camp in Auschwitz, Anneliese Kretschmar, on a trip with her husband on an ocean liner bound for Brazil, sees one of her former prisoners: Marta. The chance meeting of the two women unleashes a powerful drama of extreme intensity.

With this award-winning production, the deeply deserved rediscovery of the great, multifaceted oeuvre of one of the most important Russian composers of the 20th century has commenced on the international level.

The Passenger has been added to your cart

Due to high demand, The Passenger is on back order