The Making of the World's Greatest Drummer 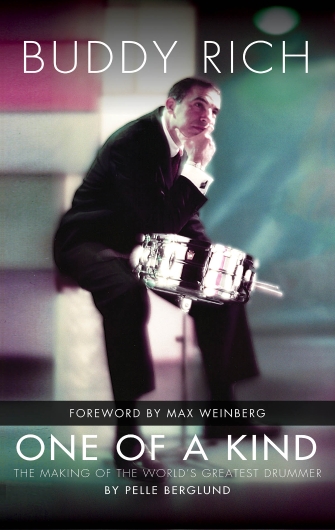 The Making of the World's Greatest Drummer

In this meticulously researched biography, author Pelle Berglund presents the first comprehensive book on the life of Buddy Rich, still considered by many to be the greatest drummer ever to pick up sticks. Using interviews with many of Buddy's band members (some conducted by the author himself) along with extensive sourcing of quotes from practically every interview ever given by Buddy himself, a complete chronology of Buddy's life is presented – along with insights into what drove him and what he thought about the various situations and people he encountered through his life.

Never-before-seen photos of Buddy culled from the private collection of collector Charley Braun add a new perspective on Buddy's life – including a 16-page featured photo section.

Beyond providing a complete timeline of Buddy Rich's life, One of a Kind provides a glimpse into the mind of a musical titan who demanded greatness from himself and those around him, and became of the most celebrated and controversial stars in music.

Buddy Rich: One of a Kind has been added to your cart

Due to high demand, Buddy Rich: One of a Kind is on back order