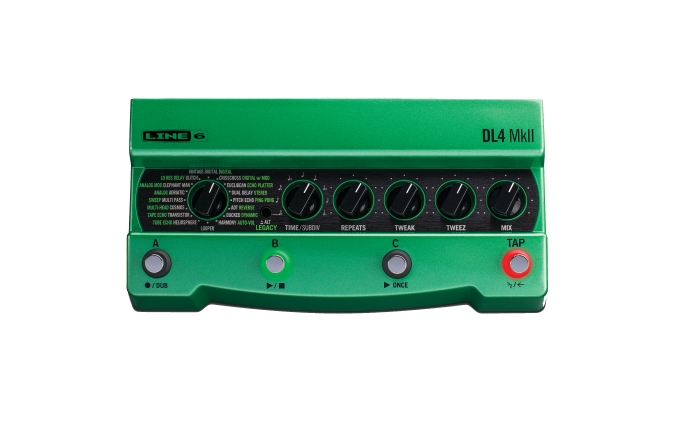 The DL4 Delay Modeler has remained one of the most widely used delay pedals in the world for more than two decades - embraced by everyone from casual players to superstars. The DL4 was the first pedal to offer a broad selection of delay models based on vintage tape echo devices such as the Maestro® EP-1 Echoplex and the Roland® RE-101 Space Echo, classic analog delay stompboxes such as the Electro-Harmonix® Deluxe Memory Man, and even the Binson Echorec and studio staple TC Electronic® 2290 Dynamic Digital Delay. These were complemented by several Line 6 originals, including the exceptional Reverse delay - and the DL4 also boasted a highly intuitive “14 Second Loop Sampler” that is still considered one of most engaging loopers ever made.

The DL4 MkII honors that legacy by including every one of those original sounds and features, and retaining the same knob and footswitch layout, so there's no need for DL4 users to learn any new moves - but the DL4 MkII also introduces many new sounds and features that bring it fully into the 21st century. The 15 MkII delays were drawn from our HX family of amp and effects processors and include Line 6 originals such as Harmony Delay, Pitch Echo, Euclidian Delay, Glitch Delay and ADT tape delay, as well as 4-Switch and 1-Switch loopers with up to 240 seconds of record time, expandable to several hours using an optional microSD card.

•Identical knob and footswitch layout as the original DL4

•Up to 240 seconds of looping time, or several hours with optional microSD card

•128 Presets via MIDI, with footswitch control of up to six 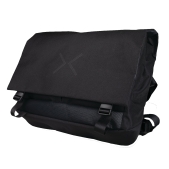 DL4 MKII Delay Pedal has been added to your cart

Due to high demand, DL4 MKII Delay Pedal is on back order