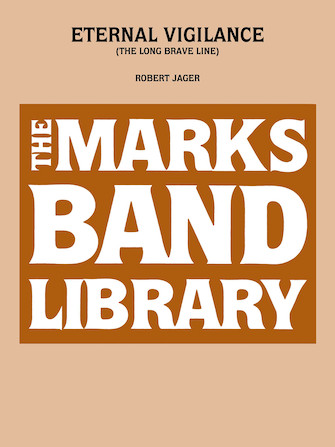 The result of a collaborative commission by the U.S. Air Force Academy Band, the U.S. Coast Guard Band, the U.S. Military Academy Band and the U.S. Naval Academy Band, this major work for band takes its title from a quote attributed to Thomas Jefferson, “Eternal vigilance is the price of liberty,” and a variation of the West Point motto, “The Long Gray Line.” Opening with a tribute to those who have gone before in service to our country, a solemn, noble theme is presented that reappears near the end of the composition. The main body of the work is a series of march-like themes and idiomatic fragments culminating in a glorious full-band fanfare. Following a restatement of the “noble” theme, a stirring coda brings the music to a climactic close. Dur: 8:30 (Grade 5) (E.B. Marks)

Concerto for Euphonium and Concert Band