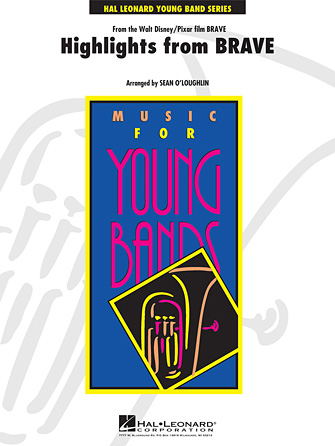 Featuring a marvelous blend of Celtic-flavored themes, Patrick Doyle's soundtrack from the blockbuster Disney/Pixar film Brave ranges in mood from haunting and lyrical, to powerful and majestic. Sean O'Loughlin captures the style beautifully for the concert stage.

Highlights from Brave has been added to your cart

Due to high demand, Highlights from Brave is on back order