God moves in a mysterious way 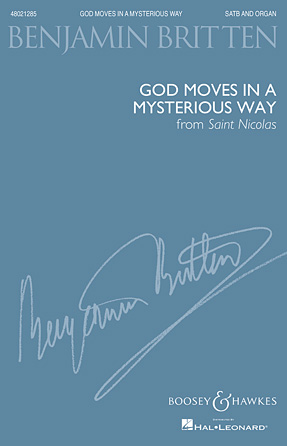 God moves in a mysterious way

In the fifth movement, 'Nicolas comes to Myra and is chosen Bishop', the choir sings chorale-like phrases welcoming him as their new Bishop. They go through his ceremonial dressing with all the accoutrements of his office, the mitre, crozier (nice pun on the librettist's name), robe and ring. An energetic chorus 'Serve the faith and spurn his enemies' leads to the first great hymn - a wonderfully climactic moment. Britten's arrangement is suitably uplifting.

The final movement tells of Nicolas' death and the work ends with the other great hymn: 'God moves in a mysterious way'.

This work demonstrates to me Britten's generosity of spirit and his natural feeling for enriching the repertoire at all levels of attainment. What a gift!