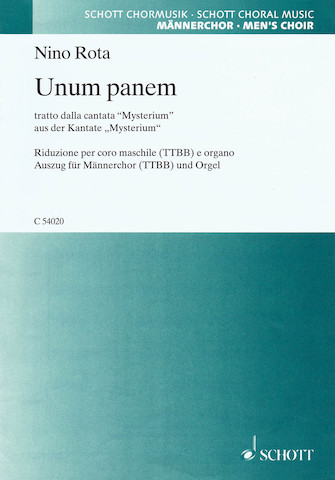 Nino Rota (1911-1979) was an Italian composer and academic best known for his film scores, notably for the films of Federico Fellini and Luchino Visconti. He also composed the music for two of Franco Zeffirelli's Shakespeare films, and for the first two films of Francis Ford Coppola's Godfather trilogy, receiving for the latter the Academy Award for Best Original Score in 1974. This setting is excerpted from his oratorio Mysterium. With organ and optional children's choir.

Clap Your Hands and Sing Hallelujah!

A Time for Us (from Romeo and Juliet)

Once in Royal David's City