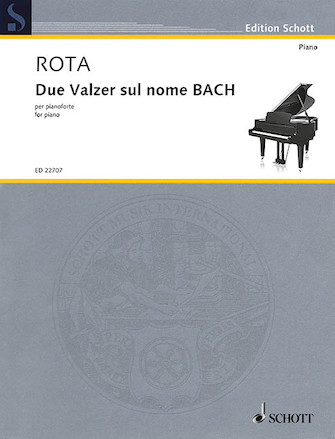 Both waltzes are based on the famous musical cryptogram B-A-C-H and were created in 1975. The very same year, Nino Rota was asked by Federico Fellini, who was just shooting the film Casanova, to write pieces he wanted to use for his film. Thus, Due Valzer sul nome BACH became a part of the film score of Fellini's Casanova and ultimately its main motifs. The third waltz in this series remained unfinished.

Due Valzer Sul Nome BACH has been added to your cart