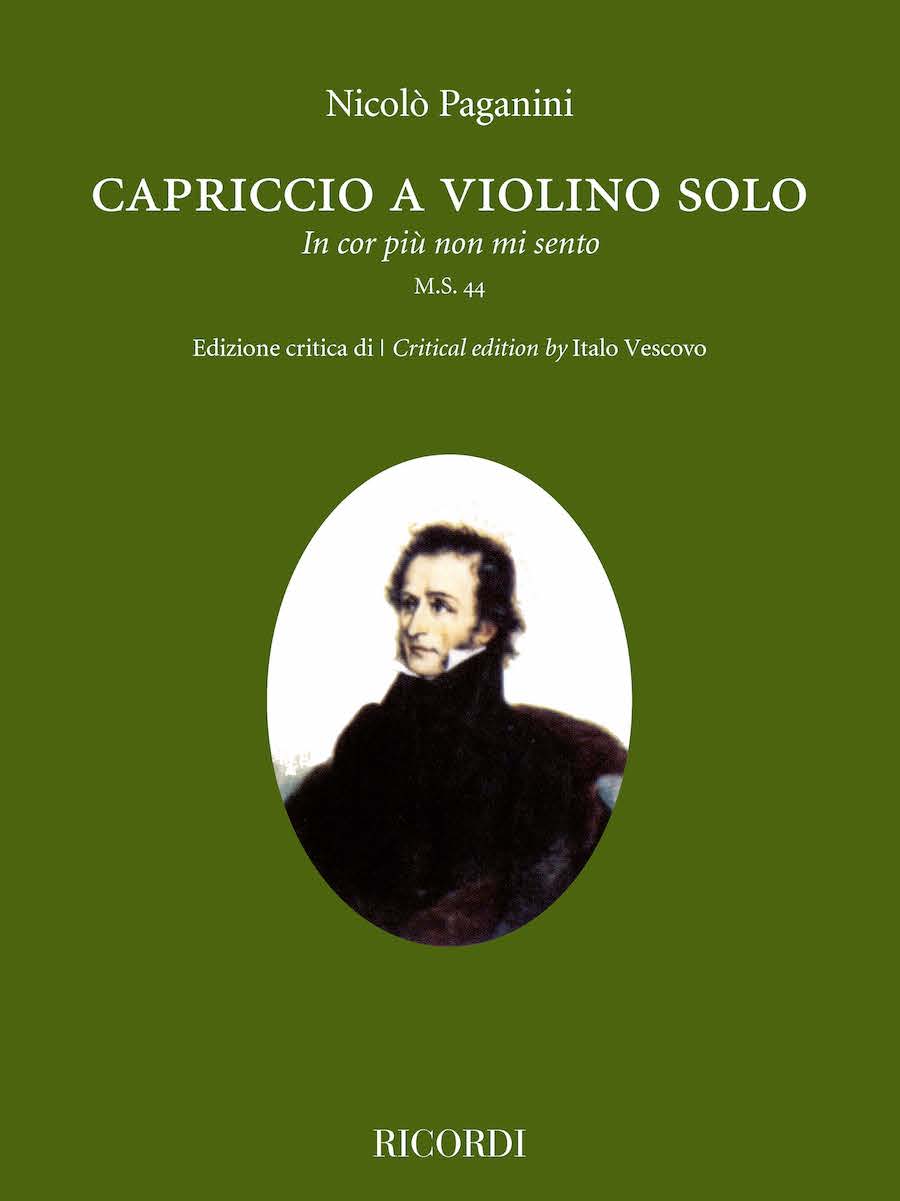 Paganini's Capriccio “In cor più non mi sento” M.S. 44 for solo violin is a work that is practically unknown in its original form consisting of two movements, respectively Andante and Presto. The first (Andante) is a variation based on Paisello's theme (notated on two staffs to differentiate the bowed and pizzicato effects); while the second (Presto) is a virtuosic variation. It is much less famous than Carl Guhr's version, entitled Introduction et Variations sur le Thème “Nel cor più non mi sento” pour le violon seul de Nicolo Paganini which he included in his “treatise.” Guhr's version, for which we have no surviving original source, has been published repeatedly. It is much longer and has got many more variations than the original Capriccio, the latter often considered a kind of “first sketch” of the longer work. Guhr's version has, in many ways, overshadowed Paganini's, so that the originality of the latter's composition and its integrity as a self-standing piece have not been sufficiently appreciated.

The present critical edition is based upon an autograph manuscript found in the Berlin Staatsbibliothek. It is compared to both the Zimmermann edition (1960), rather unreliable from a philological point of view; and the “Tema” and “Settima variazione” (which “correspond” to the two movements of the Capriccio) from B. Schott's Söhne (1829) edition.

Fantasy Variations on a Theme of Paganini

Fantasy Variations on a Theme of Paganini